A beautiful e-book: renowned calligrapher Denis Brown presents 50 of his works in modernised Celtic scripts, with tips and explanations. For calligraphers of all levels. PDF format, 94 pages, A4 size, featuring 50 works with details at high resolution that you can enlarge more than life-size or print out for private study. This e-book is included with the Celtic Masterclass, but purchasing here first is worth it as it gets you $50 discount on that extensive course. 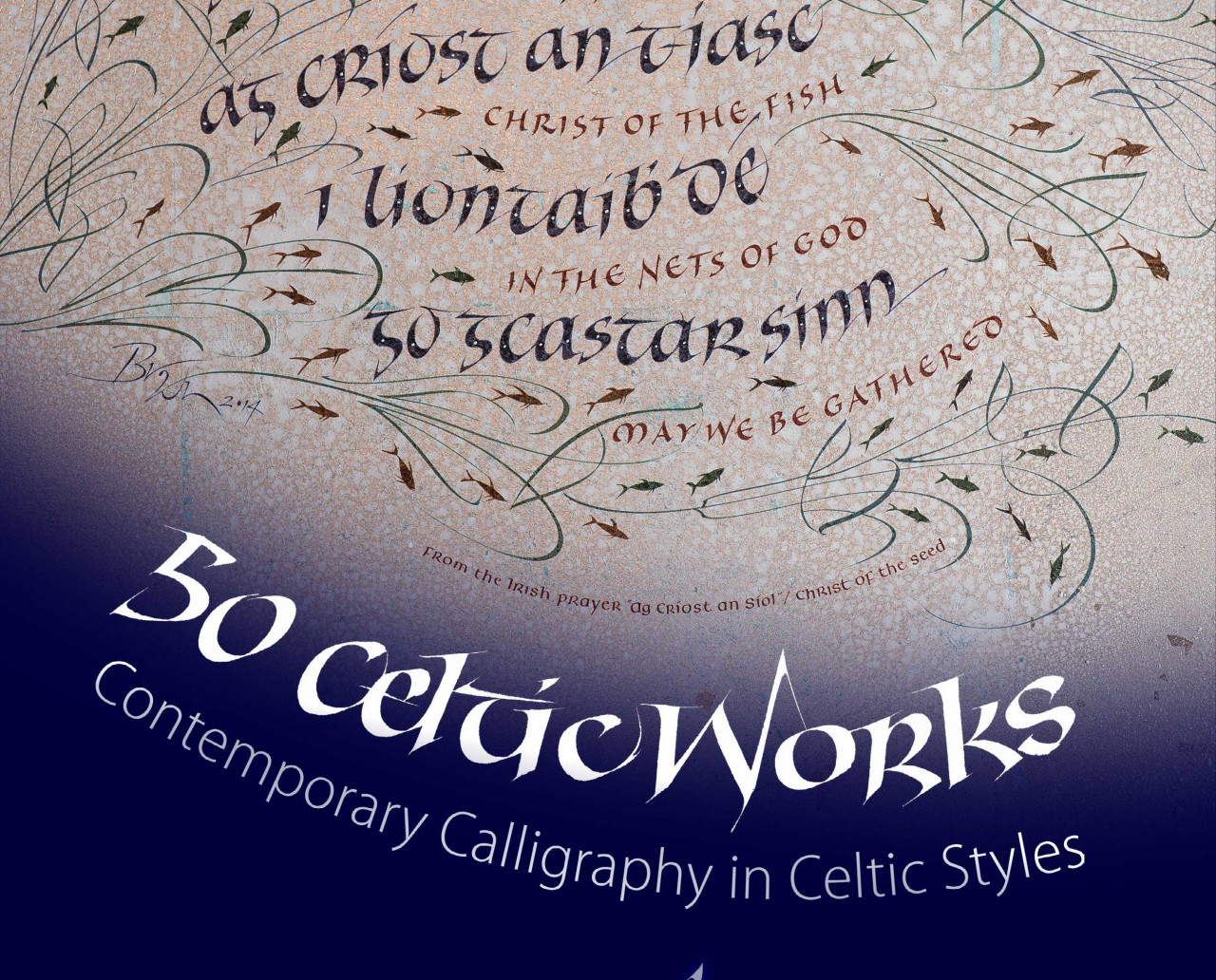 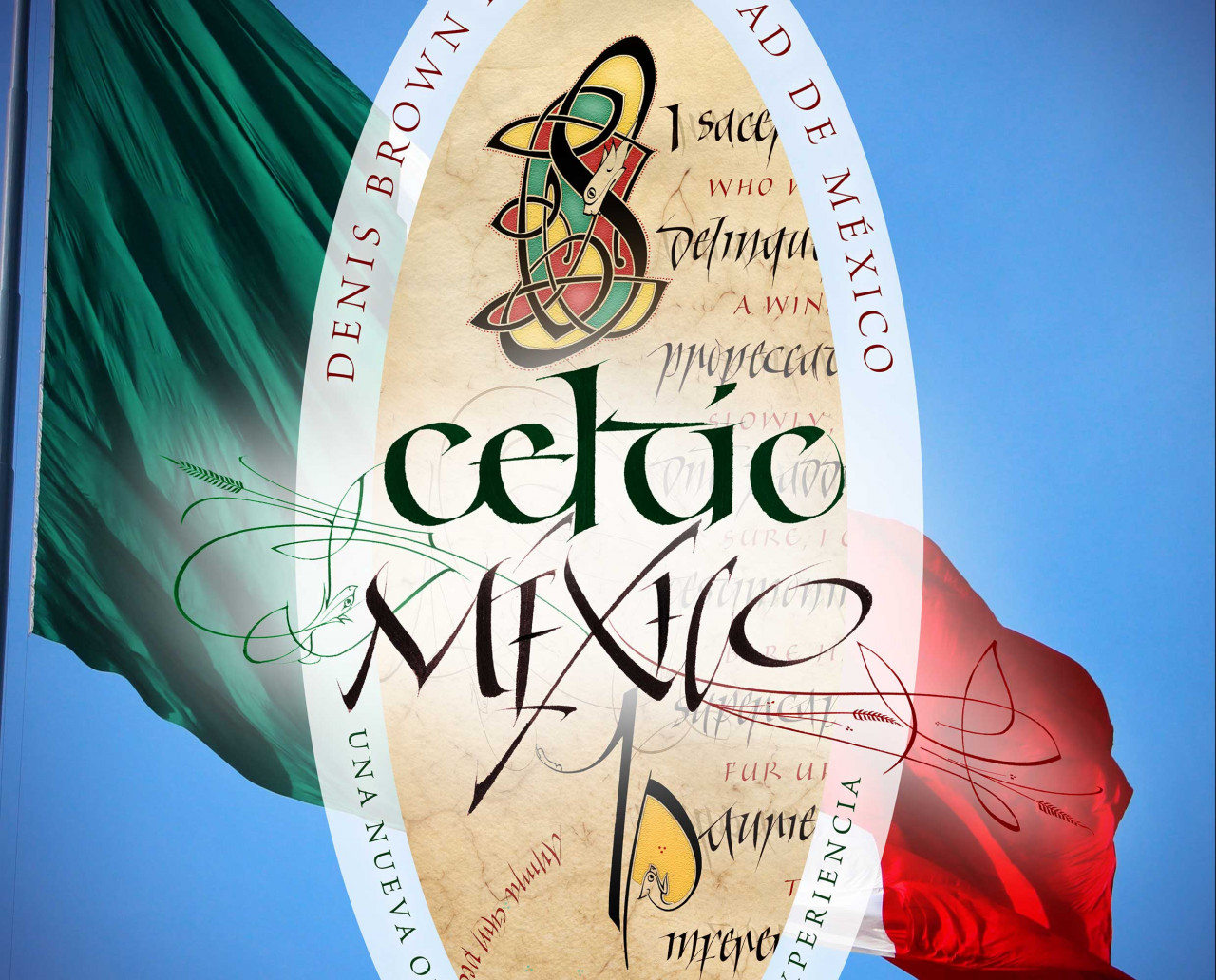 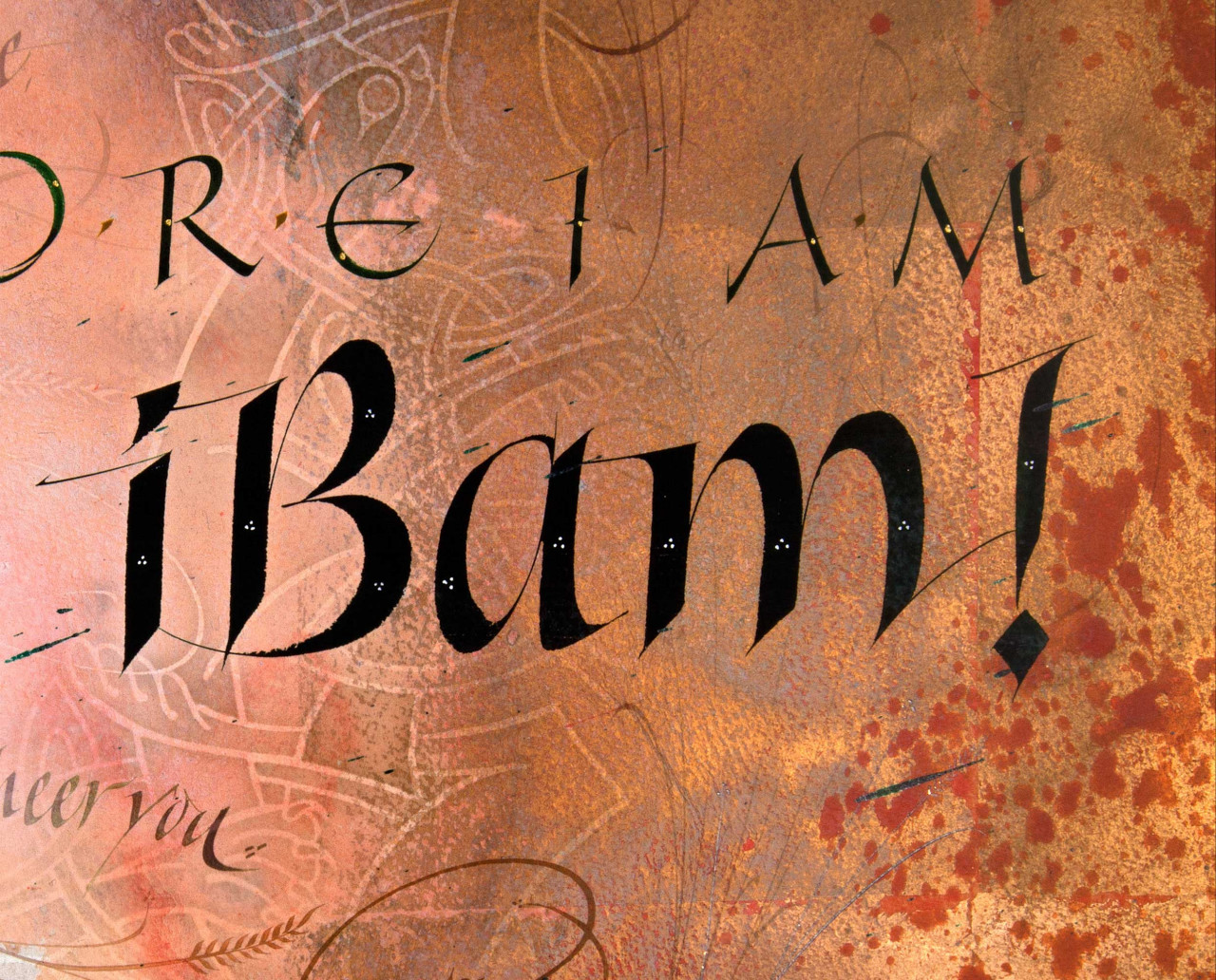 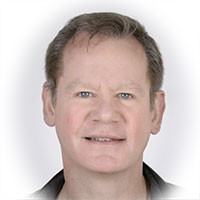 Denis is internationally reputed as a leading figure in Western calligraphy. His full-time education in calligraphy was followed by continual development of 32 years, to date. A master of the broad pen in both traditional and in uniquely individual experimental styles, his media includes calfskin vellum, paper, glass and film. His works have a unique beauty that is more than skin deep and are occasionally provocative. Denis has taught at the invitation of calligraphy guilds internationally since he was 20 years old and is known for clarity of explanation in teaching. Also aged 20, he was elected as the youngest Fellow of the Society of Scribes and Illuminators, while working on The Great Book of Ireland from his home studio in Dublin. He has rare tech prowess for a craftsman so his films are fully professional, as well as artistically presented.

This is $%*#-ing beautiful and the high res photos are absolutely unbelievable. I have some of the prints you show, but being able to view them in such high definition is so beneficial! I could go on, but I want to get back to the e-book....​​ 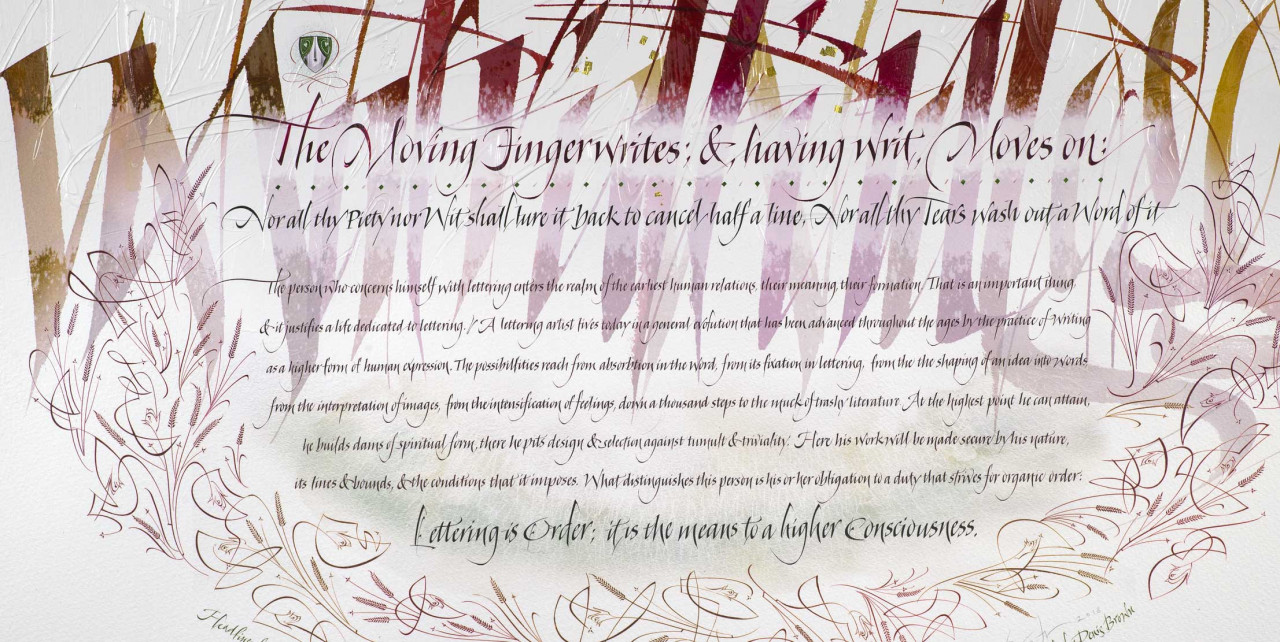 Keep up to date with my calligraphy news